If you believe in what Silent Voices is doing, please consider supporting us – every gift – no matter how large or small – makes a difference in the lives of our moms and their children!

Decisions about birth control are very personal and private… they can also be confusing, especially for the Christian couple who is concerned about God’s plans for their family. This information is designed to help you understand the various contraceptive choices you have, and give you some insight into how these choices may or may not line up with scripture… (Trusting God With Family Planning)

Before discussing the various types of birth control that are available, it would be helpful to know what certain terms relating to conception mean.

In 1965 the American College of Obstetrics and Gynecology (ACOG) published a terminology bulletin that is still in use today. Here are the terms and definitions that doctors use to define pregnancy:

“Fertilization is the union of spermatozoan and ovum (sperm and egg).”

“Conception is the implantation of a fertilized ovum.”

“Pregnancy is the state from conception to expulsion of the products of that conception.”

It is important to keep these definitions in mind when choosing a form of birth control, especially if you believe that life begins from the moment of fertilization, not implantation (which usually takes place 7-10 days later). Some contraceptives work primarily by inhibiting “conception,” not “fertilization.” 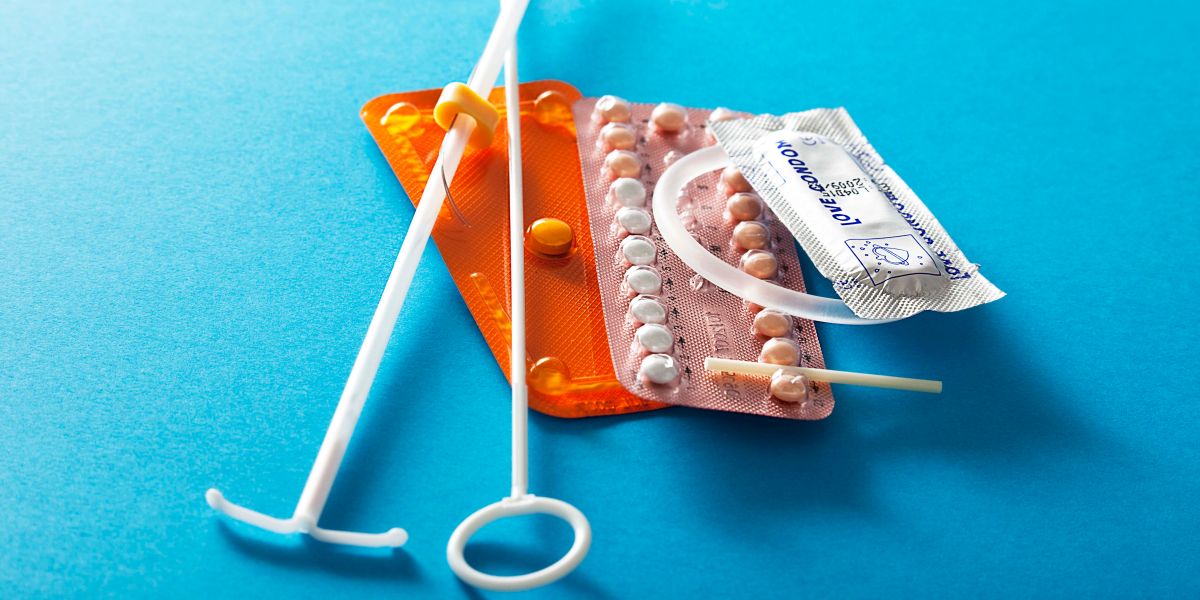 The Pill, Implanon, Depo Provera and The IUD

The IUD does little or nothing to interfere with sperm migration or fertilization. It achieves its birth control effect primarily by preventing the newly “fertilized” human life from implanting in the uterine lining. The IUD has been linked to a number of serious health complications, including hemorrhage, pelvic inflammatory disease, and perforation of the uterus. These conditions may lead to sterility.

The Pill is an oral drug consisting of synthetic hormones. There are two kinds of birth control Pills, the “combined Pill,” containing both estrogen and progestin, and a progestin-only Pill sometimes called the “mini-pill.”

The question is: how often does the Pill achieve its birth control effectiveness by preventing implantation? This depends upon how often “breakthrough ovulation” occurs, and then upon how often fertilization follows.

Unfortunately, there is no precise way of determining when the Pill is working by preventing ovulation and when it is not. If it is going to be used as the primary form of birth control you must understand that there is always a possibility that the Pill may prevent pregnancy by causing an early, chemical abortion. If that is not acceptable to you then you should consider another method of contraception.

The Pill also has potential physical side-effects that should be considered when making this decision. Oral contraceptives may increase the tendency to develop strokes and heart disease, particularly in smokers on the Pill. Other side effects may include headaches, depression, and weight gain.

We have additional information about birth control that we can make available to anyone seeking alternatives – or who have questions about the spiritual aspects of birth control.  Contact the office for the links to that information:  info@silentvoices.org.

Implants also have the nasty habit of “migrating” away from the insertion site!  This woman had hers migrate from her arm to her lung!

The Transdermal Delivery System, Mirena LNG, Nuva Ring, and DepoProvera, are relatively new birth control options on the American market, although they have been used extensively in other countries. They work in much the same way as the Pill, and should be avoided if you are concerned about their abortifacient properties. The physical side effects are similar to those of the Pill – many women also complain of excessive hair loss when using DepoProvera. Many women should not use any form of hormonal birth control, especially those who have a history or blood clots in the legs, lungs or eyes, chest pain, high blood pressure, diabetes with complications of the kidneys, eyes, nerves or blood vessels, undiagnosed abnormal uterine bleeding, history of heart attack or stroke, headache with neurological symptoms, liver tumors or active liver disease, or suspected or known pregnancy.

There are a number of options available. There are “barrier” methods, as well as “natural family planning” methods.

A “barrier” method uses a product that prevents sperm from reaching an ovum. It does not interfere with your body’s hormonal system in any way. There are a variety of “barrier methods” available, including the condom, diaphragm and cervical cap. They can be used alone, but are most often used with spermicidal foams or jellies to enhance their contraceptive effectiveness.

There are some potential side effects with these methods, especially when used with spermicides. Some people are allergic to the chemicals used in making these contraceptive compounds.

New research also indicates that women who are not exposed to their husband’s sperm before the conception of their first child are at a greater risk of developing preeclampsia during pregnancy. There is strong evidence that the father’s semen prepares the woman’s immune system to somehow “recognize” the baby and exempt it from attack as a foreign object. (Preeclampsia is a condition that can cause serious complications. For mothers, symptoms include elevated blood pressure, protein loss in the urine and water retention. Babies can suffer intrauterine growth retardation, as well as death either before or shortly after delivery.)

“Natural Family Planning” is the last, impermanent birth control method available. It is very effective when practiced consistently. It involves learning the signs of fertility the female body exhibits before, during and immediately after ovulation, and requires that the couple abstain from sexual intercourse during that fertile time.

The most drastic and permanent form of birth control involves surgery to remove or alter the female or male anatomy so that conception is no longer possible. For the man, it entails removing segments of his “vas deferens,” which will prevent sperm from leaving the testes. This is known as a “vasectomy.” When a woman has a “tubal ligation” portions of her fallopian tubes are removed, thus inhibiting sperm from reaching the ovum. Both of these procedures are fairly simple and usually do not cause serious complications. They should also not interfere with normal sexual function.

While there has been improvement in the techniques used to reverse these procedures when a couple changes their mind about their fertility, there is no guarantee that a reversal would be possible in your individual case. These procedures should be considered permanent, and should only be performed when you and your partner are sure that this is what you both want to do.

In reviewing the content of this page, we discovered that several forms of birth control have been removed from the US market because of health concerns raised by patient advocates. In several cases, the medication or device just gets repackaged – and renamed – and goes back on the market with the same risks and dangers. For too long women have been used like guinea pigs when it comes to contraceptives. It’s time for women to demand better – and for men to share in the responsibility of pregnancy prevention!

Silent Voices offers NFP classes to women/couples who want to work WITH the woman’s body – not against it. The method we teach is the Billing’s Ovulation Method, and it is 99% effective when used correctly! For more information – or to schedule a class – contact Sharon! 619-422-0757 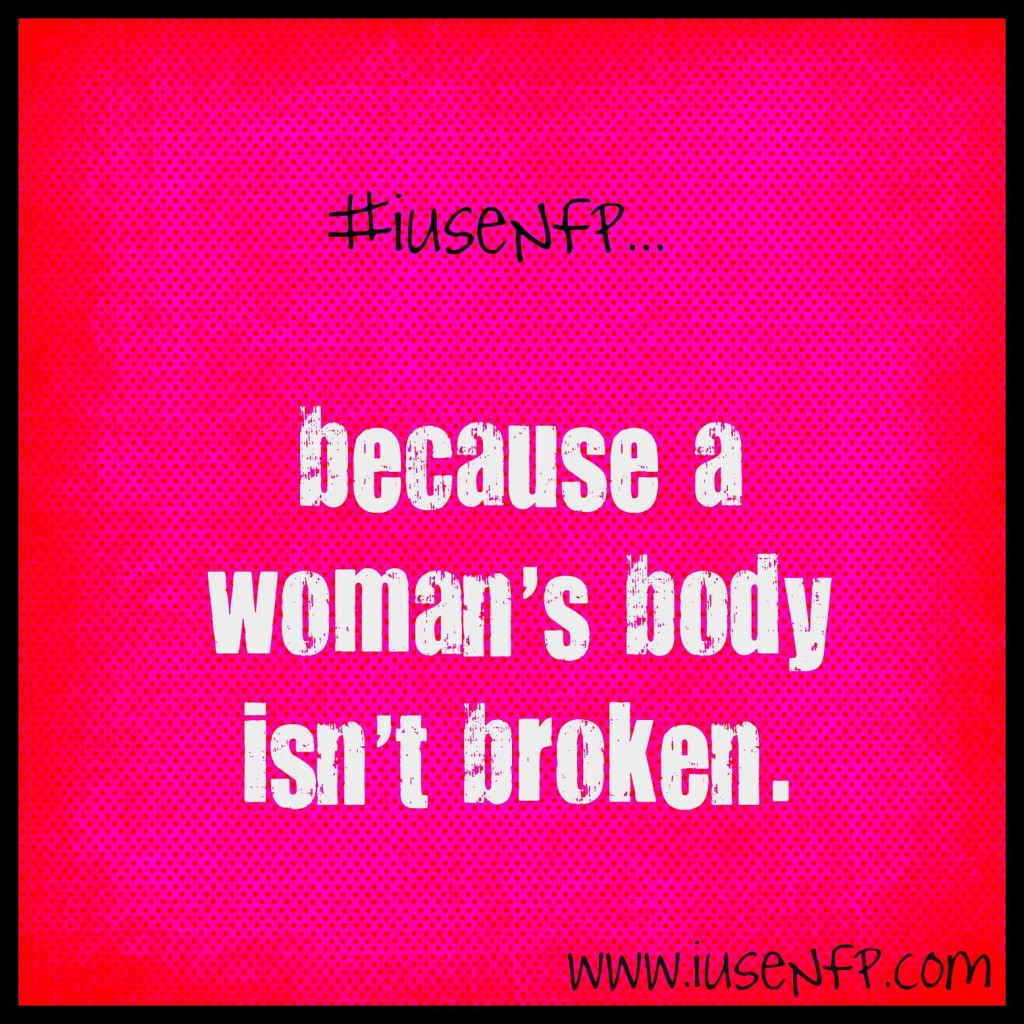 Here’s an article that we feel may be helpful for those considering the moral/spiritual dimension of birth control.